Beyond Tooth Decay: Why Dental Hygiene is Important 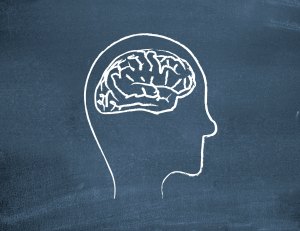 Most of us are aware that poor dental hygiene can lead to tooth decay, gum disease and bad breath – but not brushing your teeth could also have consequences for more serious illnesses.

In this spotlight feature, to coincide with National Dental Hygiene Month, we peer beneath the plaque to investigate what other – perhaps unexpected – health conditions are affected by poor dental health.

In 2010, researchers from New York University (NYU) concluded that there is a link between gum inflammation and Alzheimer’s disease, after reviewing 20 years of data on the association.

However, the number of participants in the NYU study was fairly small. The researchers analyzed data from 152 subjects enrolled in the Glostrop Aging Study – a study looking at psychological, medical and oral health in Danish men and women. The study spanned a 20-year period and ended in 1984, when the subjects were all over the age of 70.

Study participants were nine times more likely to have a score in the lower range of the cognitive test – the “digit symbol test” (DST) – if they had inflammation of the gums.

Although this study took into account potentially confounding factors like obesity, cigarette smoking and tooth loss unrelated to gum inflammation, there was still a strong association between low DST score and gum inflammation.

In 2013, UK-based researchers from the University of Central Lancashire (UCLan) built on the findings of this study, by comparing brain samples from 10 living patients with Alzheimer’s with 10 brain samples from people who did not have the disease.

Analysis showed that a bacterium – Porphyromonas gingivalis – was present in the Alzheimer’s brain samples but not in the samples from the brains of people who did not have Alzheimer’s. What was interesting was that P. gingivalis is usually associated with chronic gum disease.

Thanks for visiting Personal Endodontics of Troy, MI.