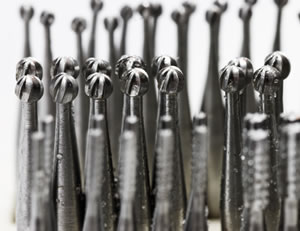 Do you have a fear of the dentist? For many people, they find the sounds and sometimes smells of the dentist unpleasant. The following study shows that the sounds of dental instruments do indeed cause anxiety and fear. Try to remember that we are there to help you, and to make your life better. Thanks for visiting Personal Endodontics, P.C. of Troy, MI.

Neuroscientists have found that the sounds of dental instruments like drills evoke fear and anxiety in some people, according to a new study presented at this week’s Society for Neuroscience annual meeting in San Diego.

Japanese researchers found that people who fear going to the dentist show significant differences in their brain responses compared with those who were more relaxed about dental visits, according to a story by theguardian.com.

The researchers surveyed 21 women and 13 men ages 19 to 49 to see how much they feared dental visits. The groups were then divided into high- and low-fear groups, and they underwent brain imaging with functional MRI (fMRI) systems while they heard a series of sounds, including dental drills and suction tools.

When people in the low-fear group heard dental sounds, parts of their brains in the left and right superior temporal gyri responded more than when they heard neutral sounds. The study found that dental sounds triggered more activity in the primary auditory areas of the brain.

Anxious people registered a surge of activity in the brain’s left caudate nucleus, which may play a role in learning and remembering the sounds of the dental instruments.

The study can be applied to assess the effectiveness of interventions such as cognitive behavior therapy for patients who have a strong fear of dental treatment, the researchers said.