How E-cigarettes Impact Our Oral Health 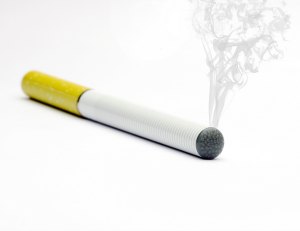 E-cigarettes do contain chemicals and nicotine that can endanger your oral health. Read on to learn more. Thanks for visiting Personal Endodontics of Troy, MI.

With the recent popularity of the recreational use of e-cigarettes and hookah pens as a “healthier” decision to traditional cigarettes, consumers are falsely convinced there are no harmful effects to these water vapor alternatives. The notion that these products pose no threat (or a lesser threat than the accompanying two) has encouraged smokers, nonsmokers and young people to consume them. Some consumers have bypassed any further research on these water vapor products and have already allowed it to become a replacement to cigarettes.

If we allow ourselves to think back to the introduction of cigarettes, we might remember their impact on society and popular culture. At one time, it was hard to find someone who did not smoke (Mad Men, anyone?) and the possibility that these addictive trends would endanger our oral health was far from anyone’s mind. Smoking was glorified, but also underestimated, which is why people are now either looking to quit, looking for alternatives, or simply not looking to change despite the dangers smoking does to an individual’s oral hygiene.

Researchers have conducted experiments on e-cigarettes and found that e-cigarette consumers acquired higher levels of chemicals toxins contrary to being advertised as harm reducing. E-cigarettes, contrary to popular belief, do contain formaldehyde, propylene glycol , acetaldehyde, as well as carcinogenic chemicals that can lead to oral cancer. Unfortunately, the e-cigarette consumers unknowingly have a higher risk of consuming toxins and nicotine then the traditional cigarette consumer. The nicotine absorbency is high in e-cigarettes due to the higher concentrations in the cartridges which varies depending on brand.  A recent survey conducted by The Centers for Disease Control and Prevention (CDC) found that 6.8 percent of youth in grades 6-12 and six percent of adults consume e-cigarettes. That accounts for 14.5 million adults and approximately 5 million youth (Centers for Disease Control and Prevention, 2014). I have witnessed that it is becoming a frequent trend to use e-cigarettes and hookah pens at social events and many young adults are not educated on these products.

This poses the question: will these products dwindle the number of nicotine consumers or hinder the movement to make smoking unappealing? The answer, well, more time and research will tell.

It is difficult to ignore how these water vapor alternatives effect our oral health. Authentic cigarettes are forced to adhere to certain regulations unlike e-cigarettes and hookah pens which are sold over the counter and contain no labels. E-cigarette still contain nicotine which can be severely harmful and cause damage to the mouth, gums, and the tongue. The nicotine in these products can still cause gingivitis, periodontal disease, tooth decay, loss of teeth and dry mouth among other effects yet to be discovered. The U.S Food and Drug Administration (FDA) spoke out on e-cigarettes stating they contain a toxic found in antifreeze which can lead to cancer. People do not know that e-cigarettes contain many cancer-causing chemicals, one of them being nitrosamines.