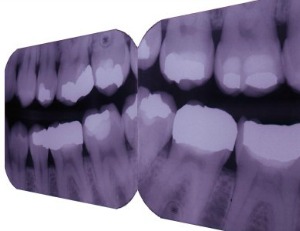 Earlier this year a lot of press was given to a study that claimed to have found a link between frequent bitewing x-ray exposure and an increased risk of developing a type of cancer called meningioma. A new study is out that demonstrates why those claims are “highly speculative.” Read on to learn more. Thanks for visiting Personal Endodontics, P.C. of Troy, MI.

Predictions about how much cancer risk exists for patients exposed to radiation from dental bitewings are “highly speculative” and should be discouraged, according to a new study in Radiation Protection Dosimetry (August 4, 2013).

Concerns about a possible relationship between dental x-rays and cancer of the oral mucosa, salivary glands, and other tissues in the head and neck region were raised last year after an epidemiological study published in the journal Cancer claimed to have found a link between frequent bitewing x-ray exposure and increased risk of developing meningioma.

The study prompted a flurry of media coverage, public concern, and outcry from the oral and maxillofacial radiology community, the ADA, and the Academy of General Dentistry, all of whom questioned the study’s methodology as well as the potential for recall bias and the fact that current x-ray exposure levels are lower than they were in the past. Since then, researchers have been working to evaluate bitewing exposure on male and female phantoms and provide in-depth organ dose data.

In this most recent study, a team from Memorial Sloan-Kettering Cancer Center, New York University College of Dentistry, and Stony Brook University School of Dental Medicine exposed four anthropomorphic phantoms — an adult male, an adult female, a 10-year-old child, and a 5-year-old child — to bitewing radiographs at film and digital settings using both rectangular and round collimation.

“Although radiation doses from bitewing procedures have been reported in the literature, most of these studies have been performed using phantoms of adult males and thermoluminescence dosimetry,” the researchers wrote. “The current study addresses males, females, and juveniles, specifically providing measurements of organ dose and effective dose to four tissue-equivalent phantoms.”

The researchers positioned optically stimulated luminescence (OSL) dosimeters throughout the layers of the head and heck of the phantoms to measure doses for bitewing procedures using combination of digital, F-speed film, round collimation, and rectangular collimation. They used effective doses estimated from the bitewing measurements to perform relative comparisons with literature-reported values for other dental x-ray imaging and annual per capita background dose.

Here are some of the study’s findings:

•    For children, the average organ doses were less than 40 microgray units (µGy), and the highest doses were to the salivary glands, parotid, oral mucosa, skin, and extrathoracic airway.

•    For adults, the average organ doses were less than 200 µGy, and the highest doses were to the salivary glands, oral mucosa, and skin.