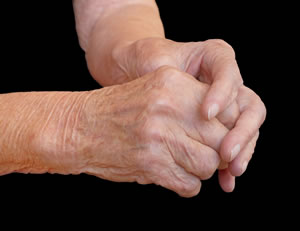 Overall health and oral health are closely linked. The following study shows a link between gum disease and arthritis, and the possibility that they can be created simultaneously. Read on to learn more, and thanks for visiting us at Personal Endodontics of Troy, MI.

Although previous studies have found a link between rheumatoid arthritis and tooth loss in patients, the complex relationship between the two conditions is not yet understood by scientists. However, the findings of a new study, presented last week at the Fresh Science national finals in Melbourne, suggest that it might be possible to treat gum disease and severe arthritis simultaneously.

In laboratory tests, the researchers replicated both conditions, which are the result of inflammatory responses in the body, by inducing gum disease and arthritis in mice, said Melissa Cantley, a student at the University of Adelaide’s School of Medical Sciences, who is researching the link between the two diseases as part of her doctoral studies.

Cantley and her colleagues are now testing whether treating periodontitis could also help to reduce the symptoms associated with arthritis by researching histone deacetylase inhibitors, compounds already used in psychiatry and as anti-cancer agents, which are also known for their anti-inflammatory properties.